Hello everyone!  Amanda here today.  I can’t think of anything more iconic on the Fourth of July than fireworks.  Most of us wait all year long eagerly awaiting the spectacle as we sit with our family on a blanket.  Bring fireworks indoors or to a party by creating these delightfully simple firecracker gifts.

Not only are these festive holiday firecrackers super fun all on their own, they hide a special gift inside.  Any guesses?  They  come together in a snap and would make fun party favors or home decor.

Bubbles!  Who doesn’t like bubbles in the summertime?  I thought my kids, ages 9 and 12, would be indifferent but they couldn’t wait to get their hands on these bubbles.  Simply push the bubbles up from the bottom of the paper tube like a push pop.

Top each firecracker with a fringed paper spray.  They are seriously one of the most fun things I have made in a while and they are take no time at all. 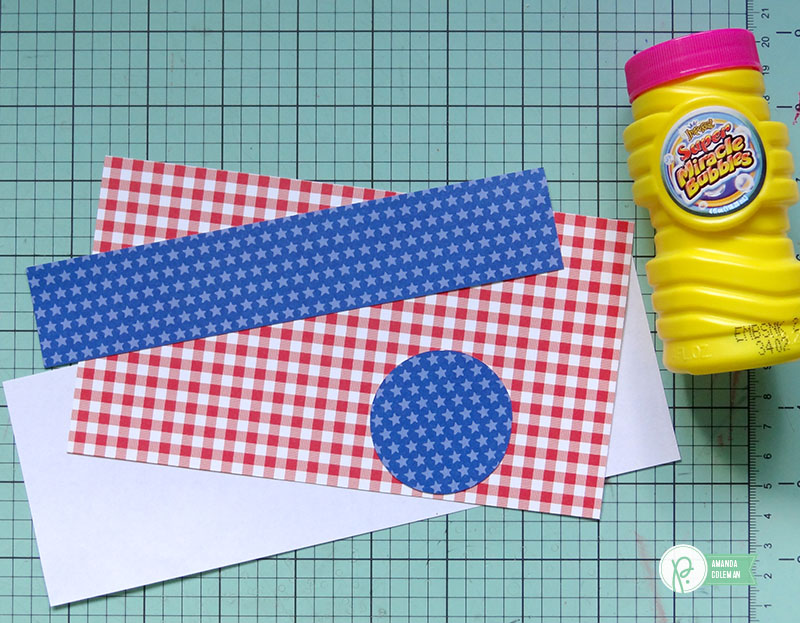 Each bottle of bubbles is wrapped with a piece of patterned paper or two.  Cut the paper to size depending on the size of your bubble container.  Measure the diameter for the top after you have wrapped your bubbles with a strip of paper.  Use a piece of regular ol’ white copy paper to make the fringe. 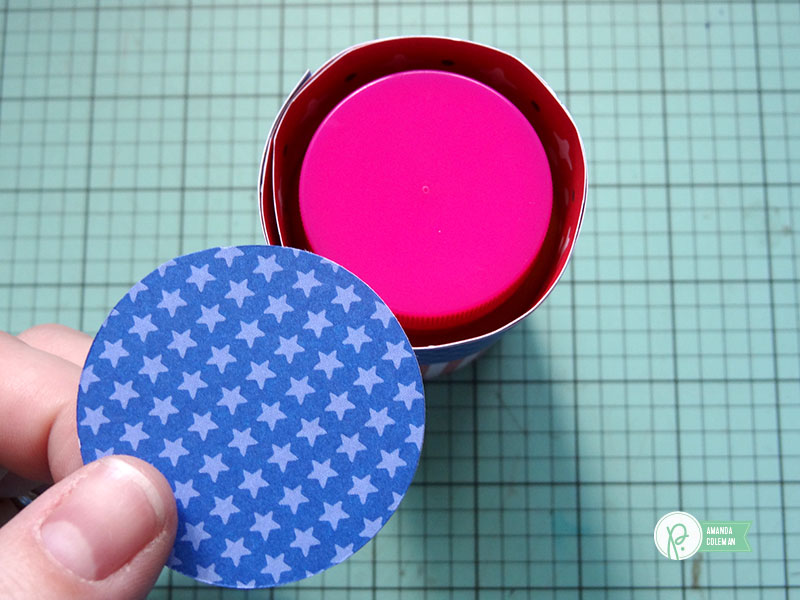 Punch or cut a circle that is the same diameter as your tube and adhere to the top of the bubbles container.  This makes the firecracker look complete while still giving you access to your bubbles.

Make the fringed paper spray by cutting fringe into a 8 1/2″ x 3″ piece of plain white copy paper.  Fringe scissors will make this task go super quickly, but a pair of regular scissors will work just as great.  Apply adhesive to the end of the strip before rolling up your fringe.  Starting at one end, roll your fringe into a single bundle.

At first, your fringed paper spray will look stiff and boring.  Create gentle curls in your fringe by gently pulling the fringe between your thumb and a ruler just like you would use scissors to curl gift ribbon. 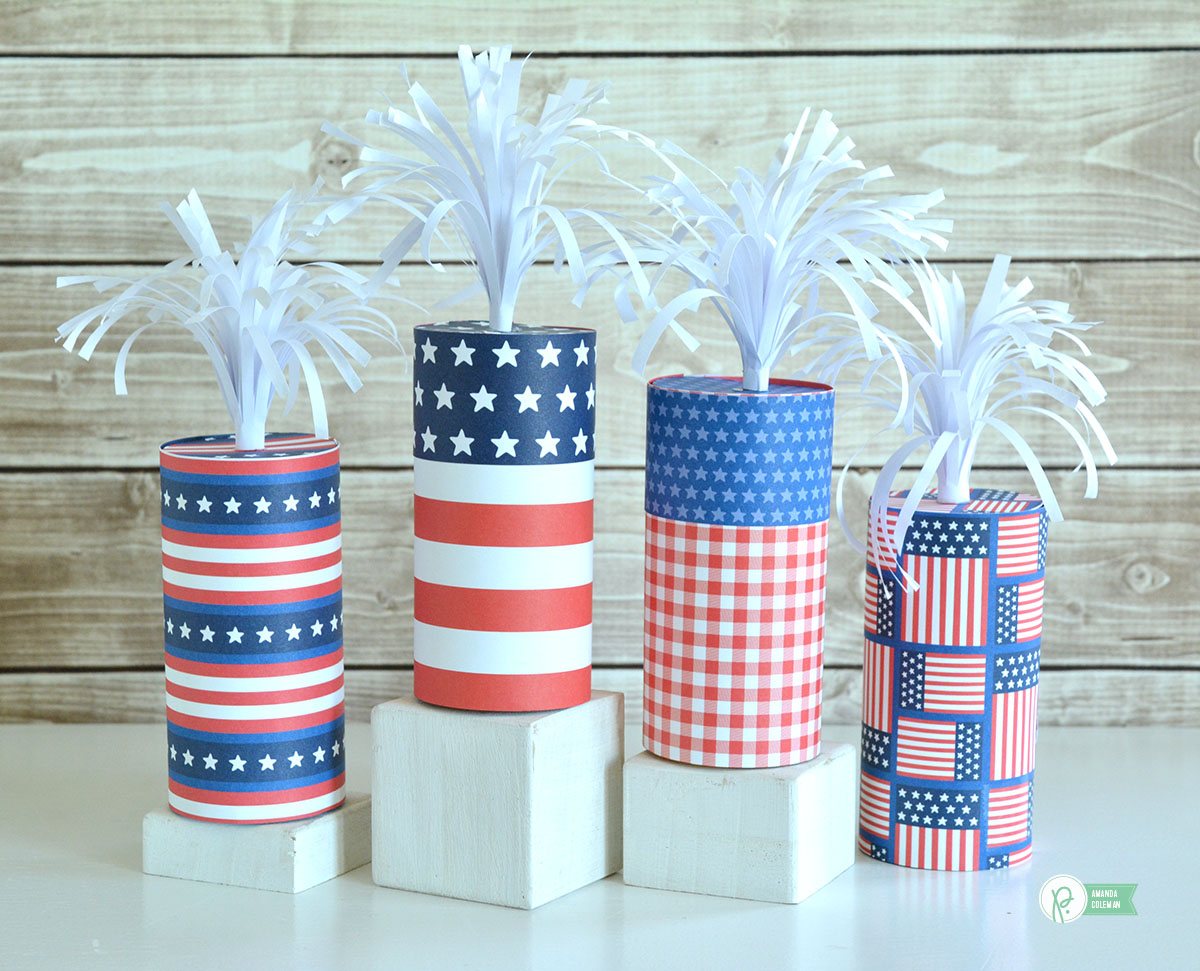 Adhere the fringed paper sprays to the top of the firecracker with a glue dot and they’re ready for the party! Have a fun and safe Fourth of July!
Amanda 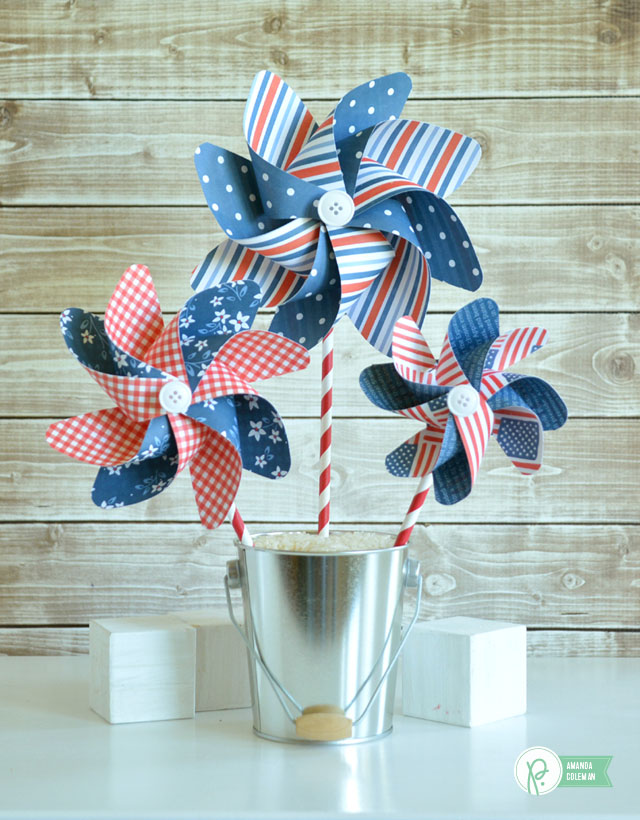 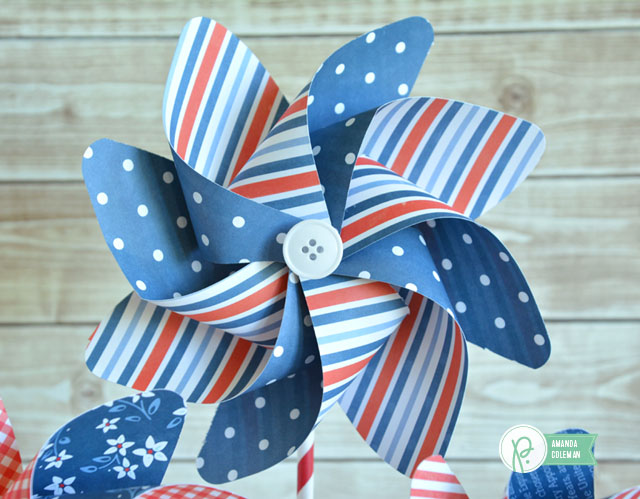 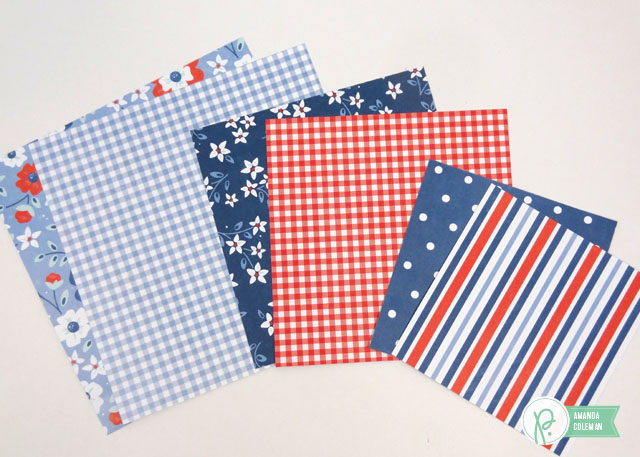 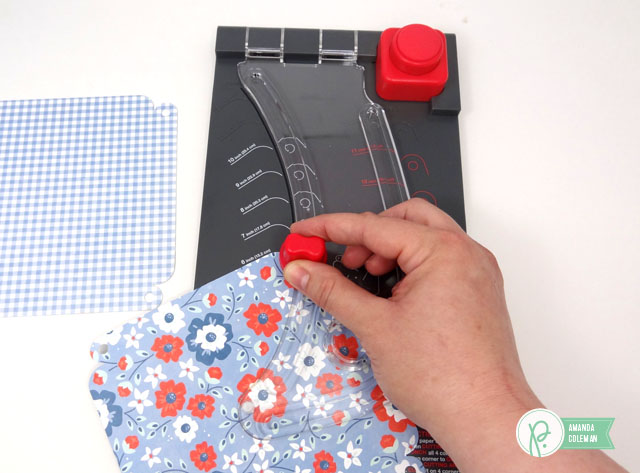 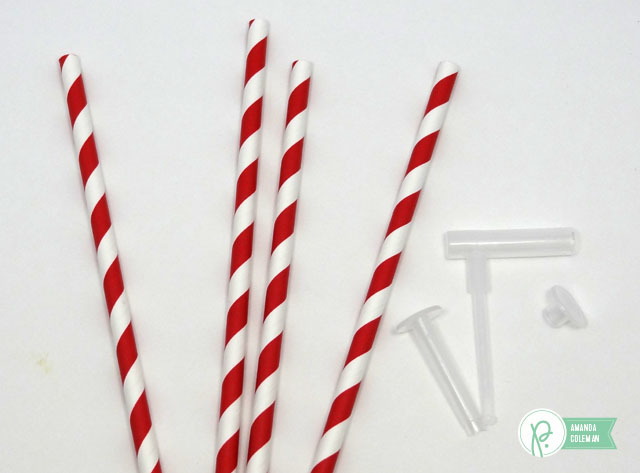 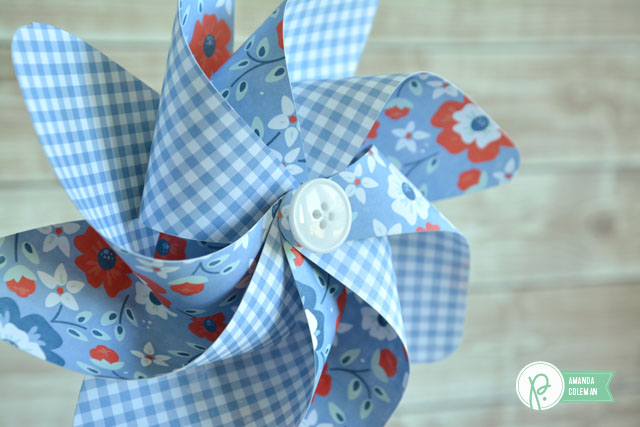 Still trying to decide how to incorporate all those precious photos from this year’s firework shows and Fourth festivities into your scrapbook? Becky Williams shares a super patriotic red, white, and blue layout with us today that will fit perfectly in any album.

For my layout I started by misting white cardstock and then added a die cut star background using the reverse grid print of the”Broad Stripes” paper. 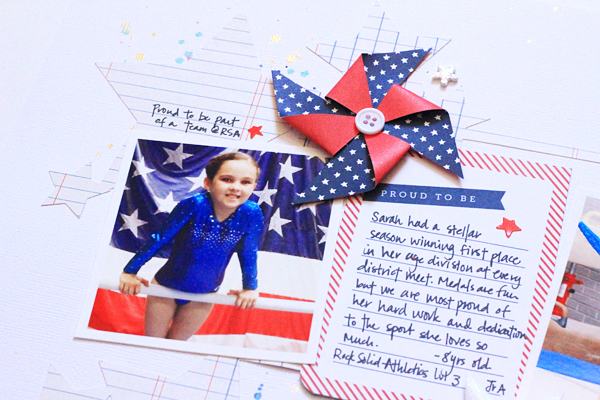 I wanted to follow through with the star theme on my page with the big pinwheel star, glitter stars and lots of all-American red, white and blue.

The Americana collection is great for patriotic projects and everyday themes as well. 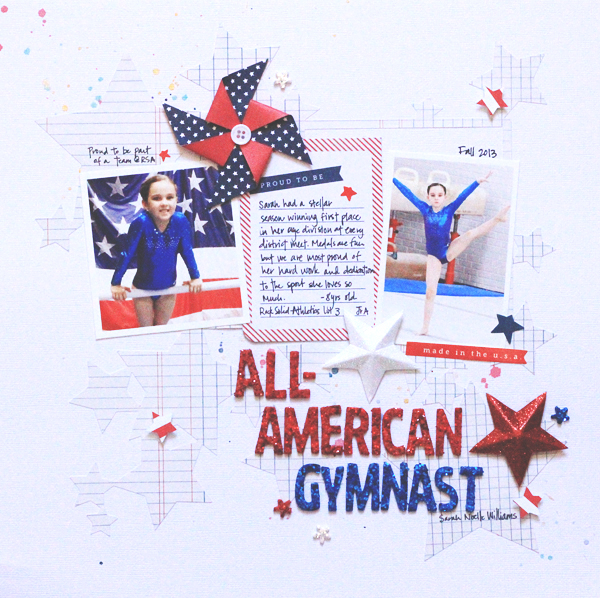