Hello Everyone! It’s Leanne here today with my very first blog post for Pebbles!! I am so very excited to be joining the team over the next 12 months, so much so that I’ve jumped straight in and started creating with Woodland Forest and Warm & Cozy! But as it’s still summer in the northern hemisphere, I thought to use these new collections as inspiration for the warmer weather I am currently missing out on.

Today I am sharing two cards that may not have the traditional summer colours but it is all in the details that count for creating mood. Am I right? 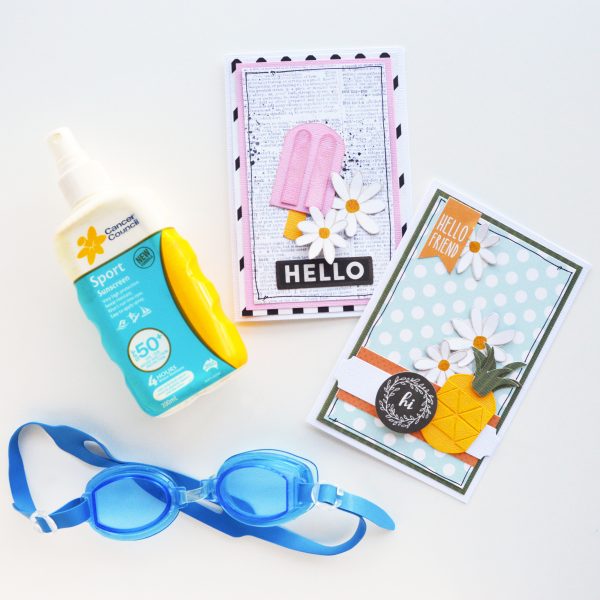 My first card features a traditional popsicle. I don’t think anything shouts the feeling of summer like this sweet treat! 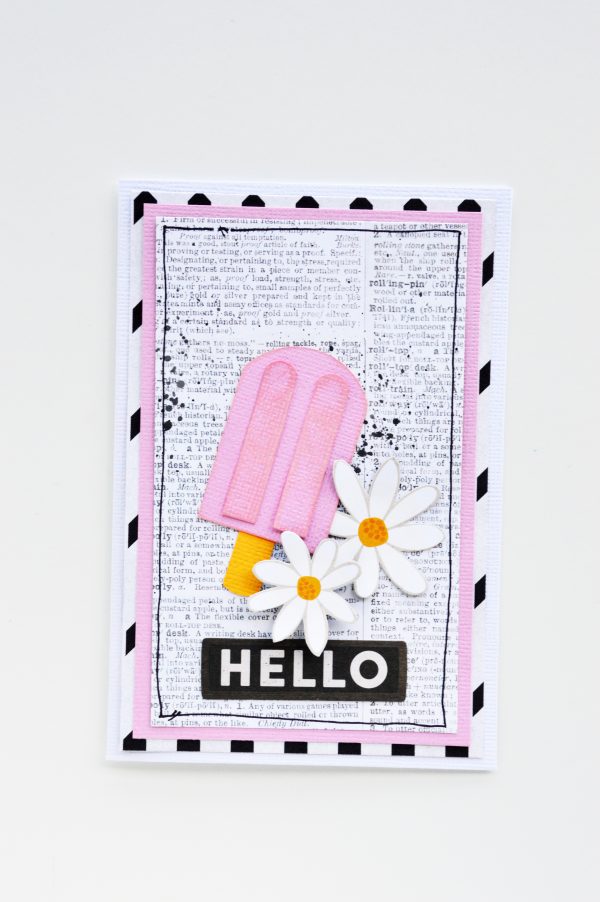 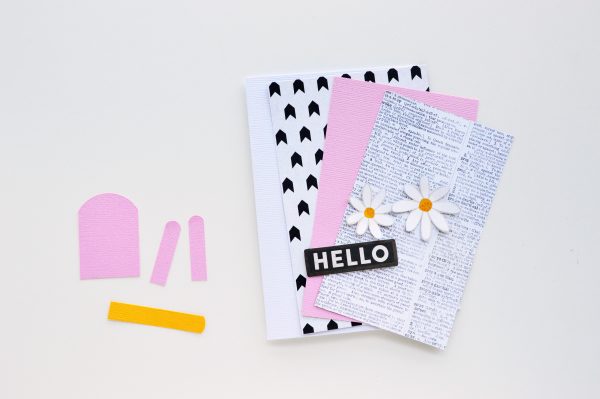 This handmade embellishment came together quite easily using cardstock, ink and circle metal dies or punches. 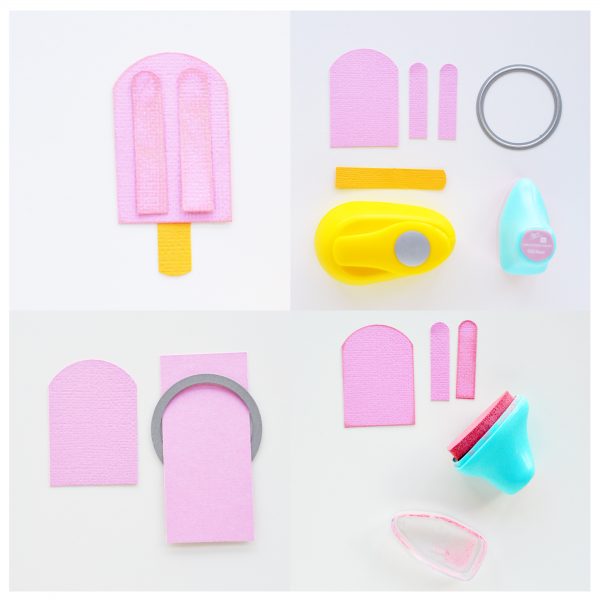 2. Using a contrasting colour, trim a strip of cardstock to 1cm x 5cm. Round one of the ends the same as in step one. This is used to create the popsicle stick.

3. Ink the edges of the cardstock. 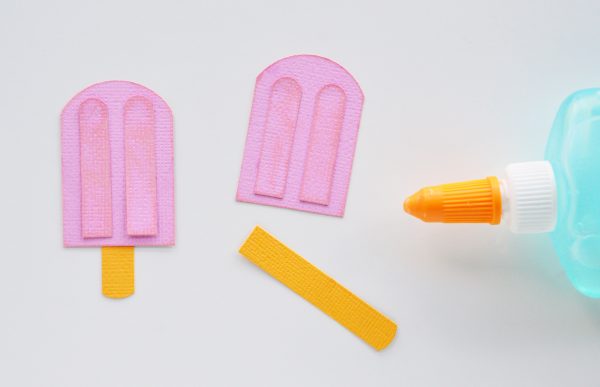 4. Using a wet adhesive, assemble the cardstock pieces as shown in the photo above. 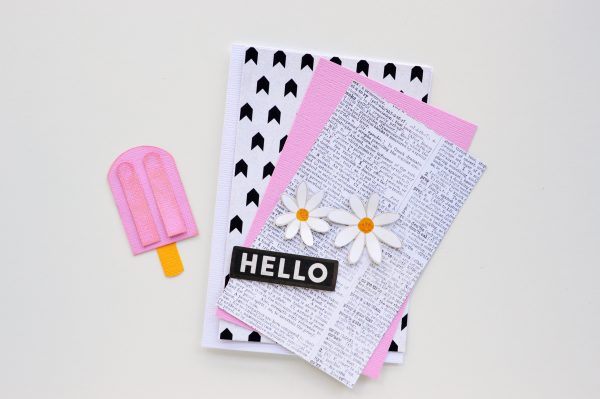 Once your embellishment has been created, you can start to assemble your card. 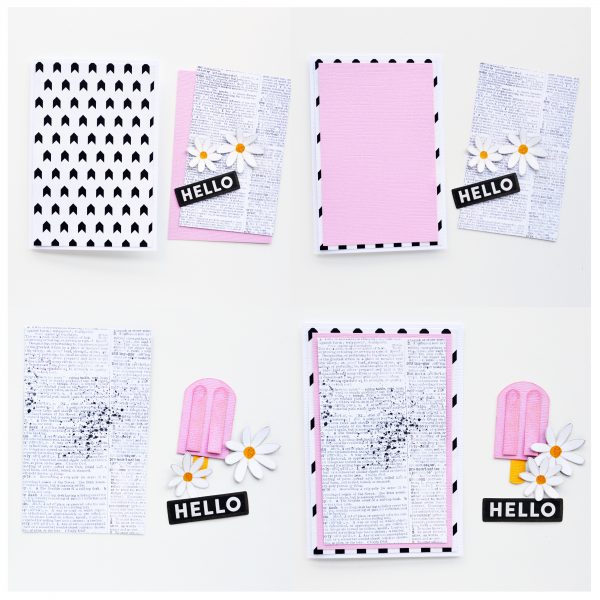 1. Trim a piece of cardstock to 8”x6” in size. Score a line and fold in half to create a 4”x6” card base. These cards have been created using layers of patterned paper or cardstock, that have been trimmed slightly smaller than the last, allowing a border of the lower layer to be exposed. The Popsicle Card measurements are as follows: trim your first piece of patterned paper 3.75”x5.75”; the second layer to 3.5”x5.5”; and the last layer to 3.25”x5.25”.

2. Flick a contrasting colour of paint onto the last layer of patterned paper, using a dry bristled paint brush. Allow to dry.

3. Adhere all layers to the cardstock base. 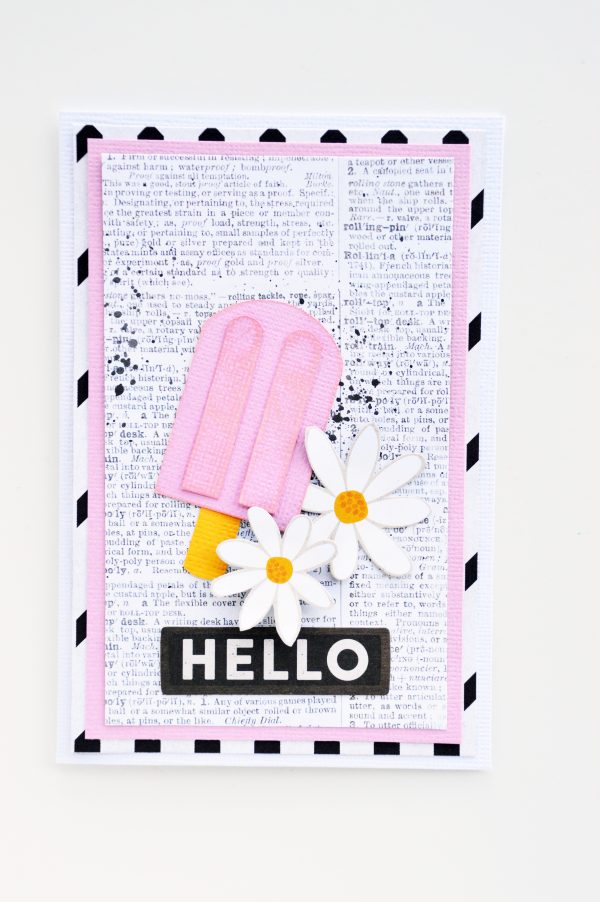 4. Fussy cut some flowers from the Warm & Cozy “Daisy” patterned paper and adhere to the front of the card along with your popsicle embellishment and a piece of ephemera from the Jen Hadfield ephemera pack. 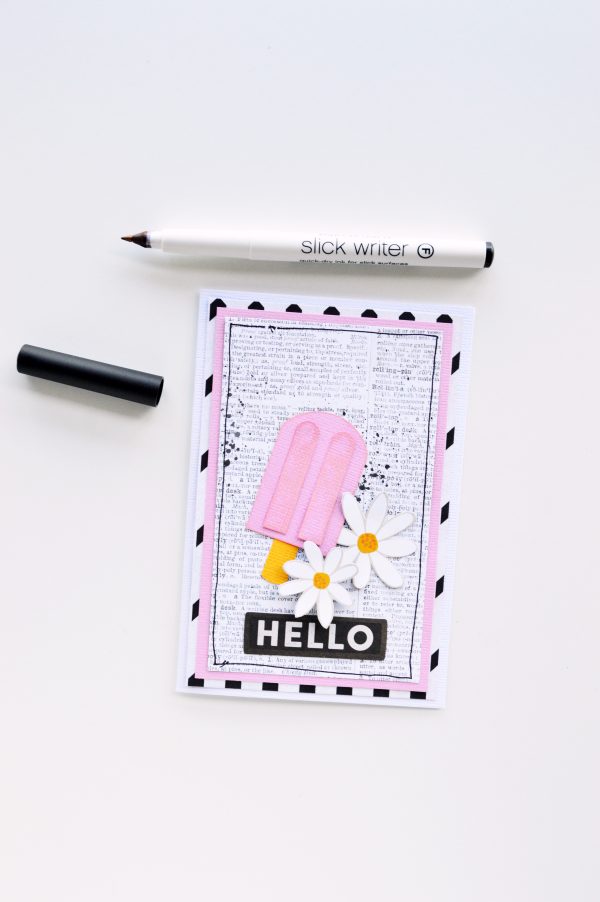 5. Complete the look of your card by drawing a line around the outside edge of the smallest layer of patterned paper.

The process for the Pineapple Card is very similar. 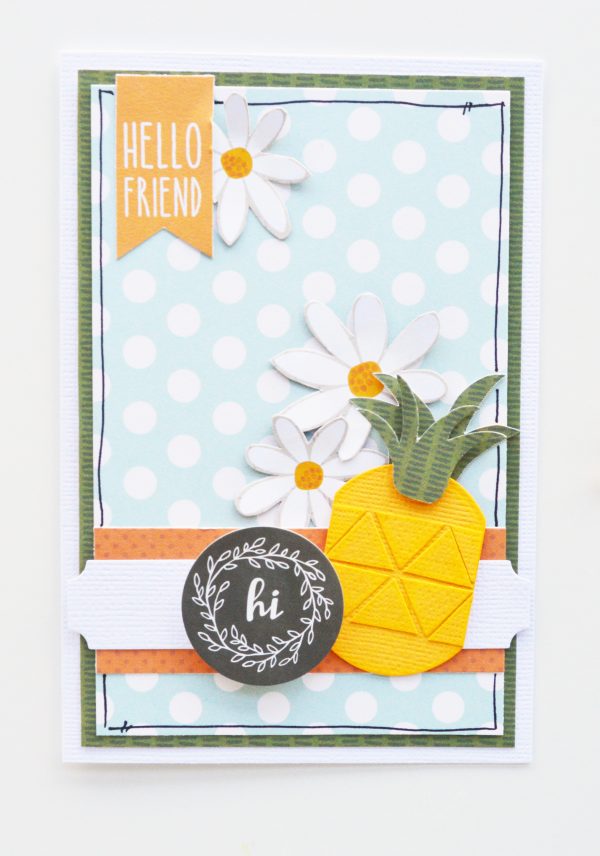 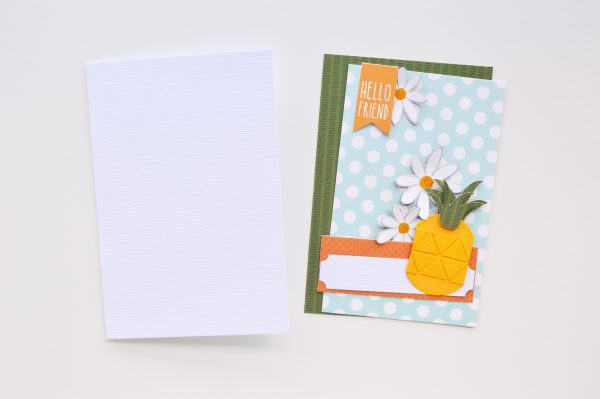 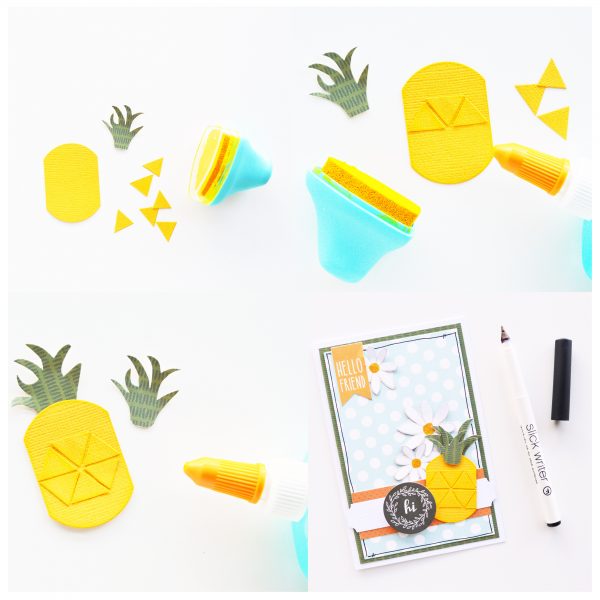 2. To create the detail on the pineapple, trim eight (8) 1.5cm triangle pieces. Cut two (2) triangles in half and ink all the edges of each piece of cardstock. Arrange the triangle pieces onto the cardstock oval as shown in the photo.

3. Freestyle cut out two (2) pineapple crowns, one slightly smaller than the other, from the Woodland Forrest “Pears” patterned paper. Layer the larger piece under the cardstock and with a foam dot, adhere the smaller one on top.

The rest of the Pineapple Card has been assembled similar to the Popsicle Card. 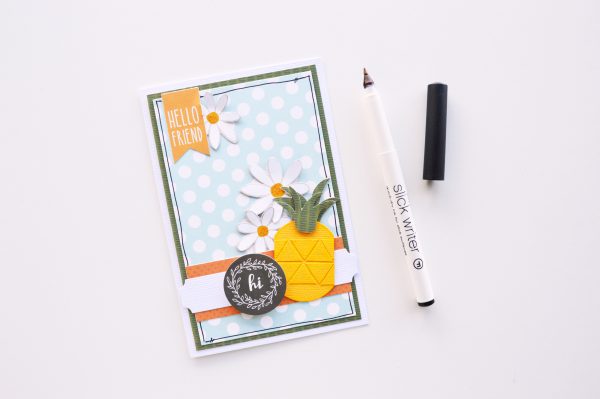 So what do you think? Have I created a tropical Summer look using the new Fall collections? Thanks for visiting today.