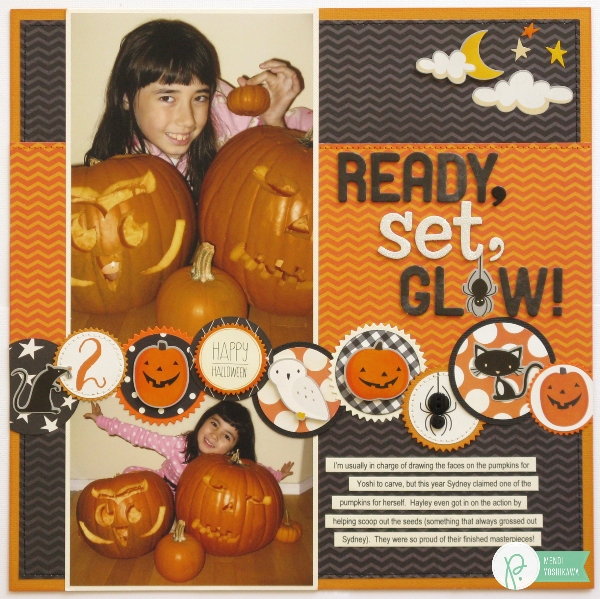 No layout is ever complete without a catchy title so I mixed a couple different Thicker sets and substituted a creepy spider for my “O”.  I love how it worked out to have it hanging from the word above it! 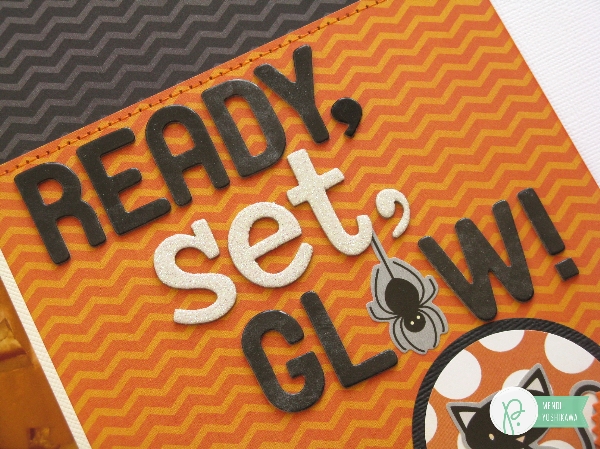 To balance my layout, I created a little scene with a few of the stickers in the top right corner of my page.  I chose to pop up the cloud and moon sticker with foam tape for some added dimension. 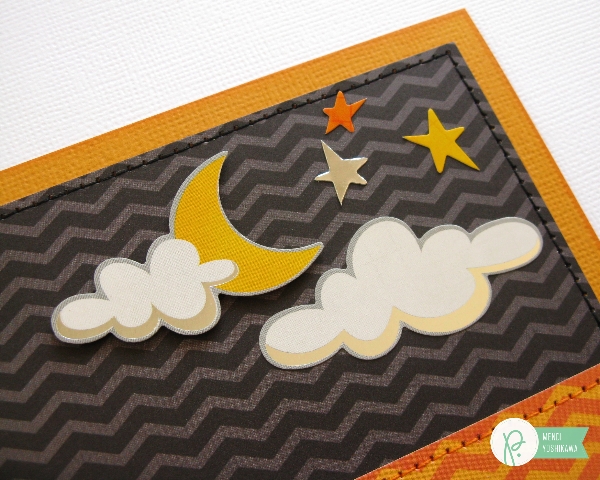 Last, but not least I created a circle border to act as the main decorative element for my layout.  I love borders like this one which allow me to use a variety of patterns within the collection without overwhelming my page, while also serving to ground all the adorable stickers in the collection! 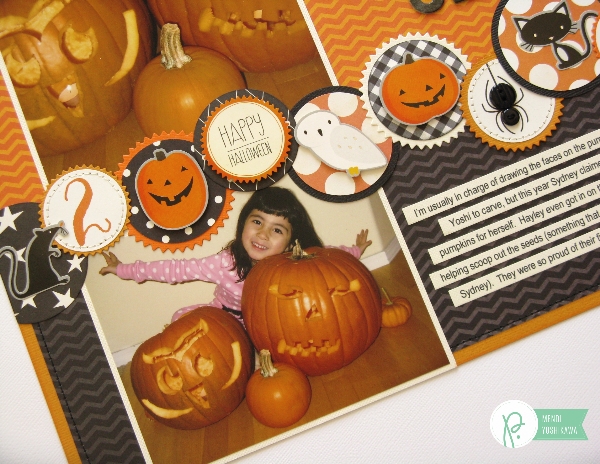 To create my border I combined a variety of punched circles from several of the patterned papers in sizes ranging between 1-1/4″ to 2-1/4″.  If you don’t have circle punches or dies handy, this could also be achieved by tracing with a pencil on the back side and then cutting by hand. 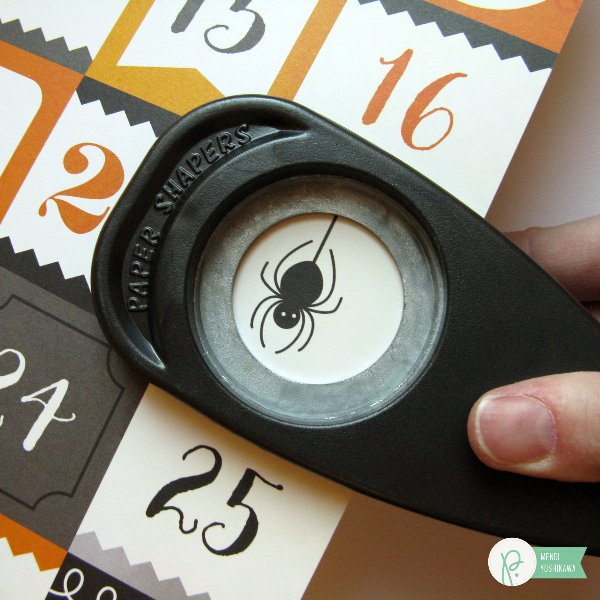 Inspired by the “Happy Halloween” sticker in the collection, I chose to add pinking circle mats under several of my punched circles using a similar die I had on hand. 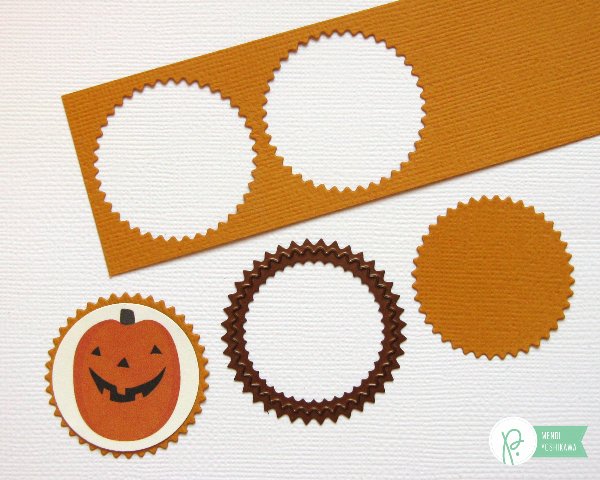 For several of my sticker embellishments I cut up and added foam tape to the back of the sticker before adhering to my punched circle. 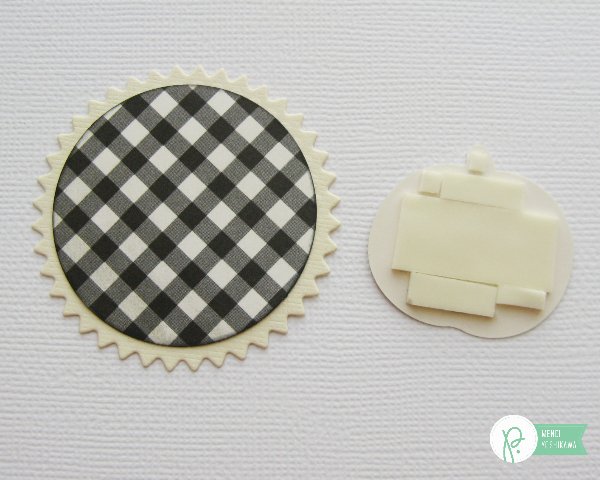 I love how that slight difference in height adds some nice shadows and keeps my sticker from feeling lost on the patterned paper background! 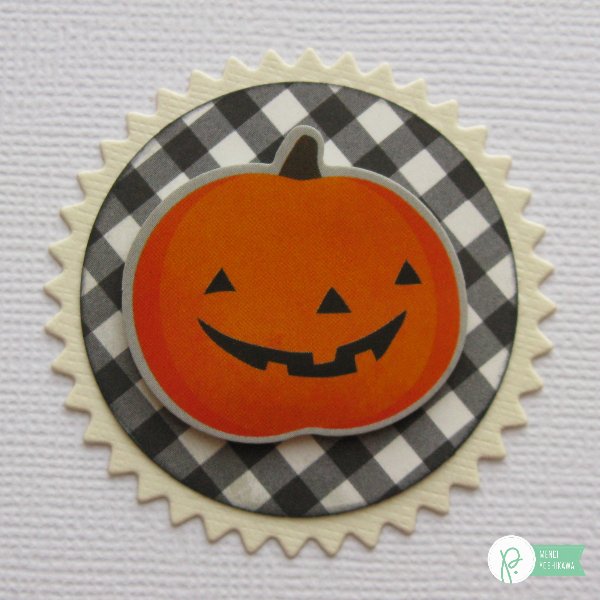