For today’s edition of “Sketchy Thursday” we asked some of our design team members to create a project based on this exclusive sketch by Becky Fleck. 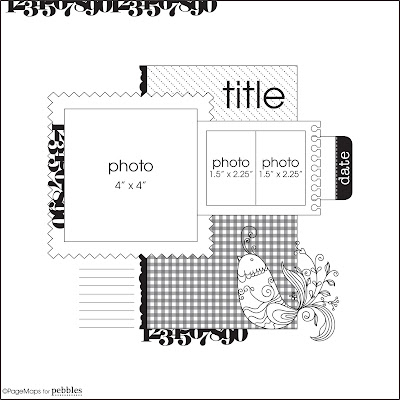 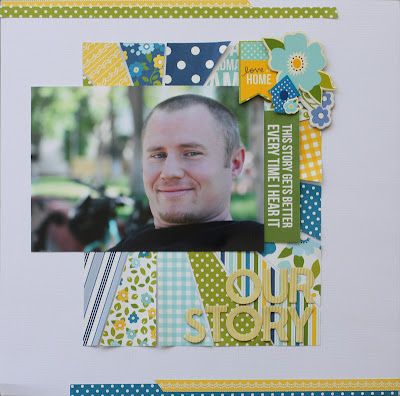 “I love working with sketches! This one was really fun to create with. I changed it a bit and decided to use a big photo instead of 3 smaller ones, for the background I did a sunburst with some of the lovely papers from the Family Ties collection added some embellishments and a hidden journal and my layout is complete!”  – Eva Pizzaro, Pebbles Design Team Member 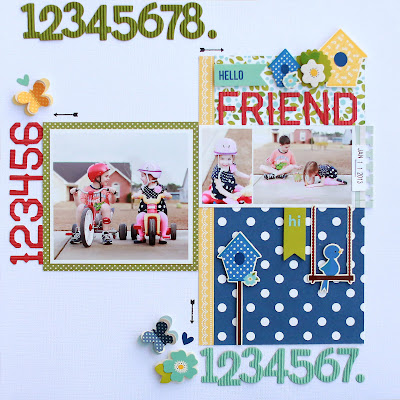 “With the warm winter we have been having in North Carolina … this layout made realize I cannot wait for spring “  – Patricia Kumfer, Pebbles Design Team Member

Good morning everyone!  Today we are featuring cards from some of our design team members using their favorite Pebbles products. 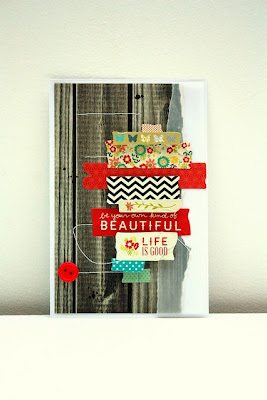 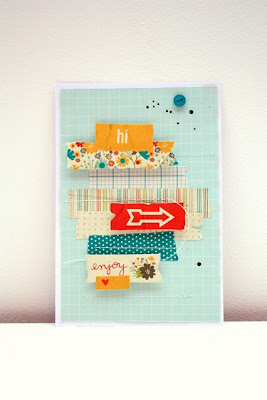 “I have some difficulties with making cards.  Each time, I spend a lot of time to make a card, more than for a layout! I don’t know why it’s so hard for me! Maybe because I search for a kind of harmony to it.  I tend to do, undo, redo …. so many times! I like simple design for cards and as usual when they have stitching. To create these cards, I’ve used my two favorite collections: Seen & Noted and Walnut Grove!”  – Amelie Mordret, Pebbles Design Team Member 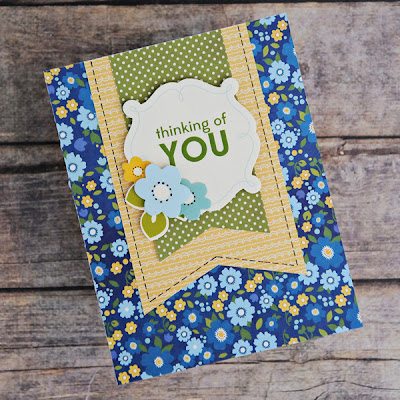 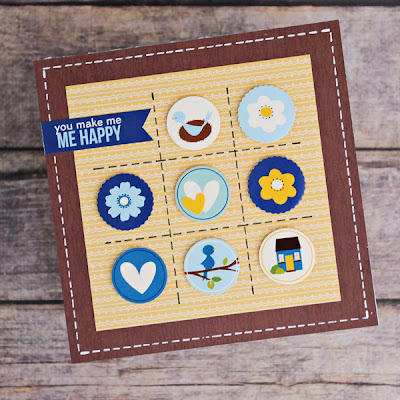 “The Family Ties collection is such a versatile collection.  With its unique color scheme and fun mix of patterns you can make cards that are more masculine or feminine in nature.  For my first card I went the feminine route and chose lots of florals to adorn my card and sentiment.  For my second card I chose more masculine patterns and used a gender neutral grid design to house these fun circle stickers.”  – Lynn Ghahary, Pebbles Design Team Member 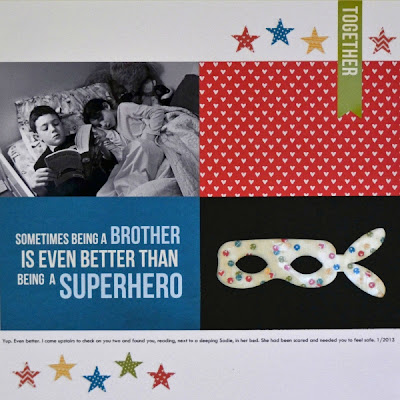 “With die cuts, confetti, and clear elements all current trends, I decided to combine all three by creating a clear, confetti-filled die cut pocket on my layout, using products from the fun and colorful Seen & Noted and Family Ties product lines. While I used a die cutting machine to create my shape, this technique can be easily replicated with punches or by cutting a shape with a craft knife. Ready? Here we go!”  – Vivian Masket, Pebbles Design Team Member

First, I printed my journaling on my background cardstock and then ran it through my die cutting machine, cutting out a mask shape. 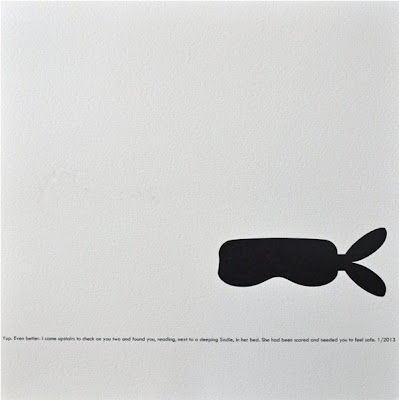 Second, I cut the same mask shape out of black cardstock, cut it to 4 x 6, and adhered it over the white background. 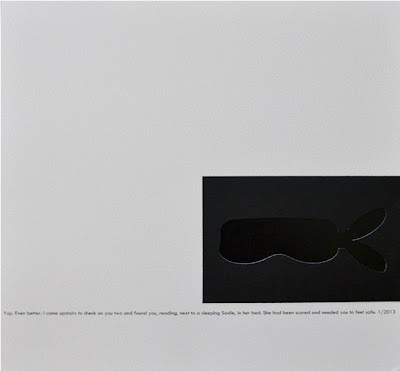 Third, I created my confetti pocket. Using my paper trimmer, I trimmed a page protector down to 3 x 6. I then punched a gazillion small circles out of various pieces of paper from the Seen & Noted and Family Ties 6 x 6 paper pads. While you could just throw the confetti in the pocket and sew up the edges, I decided I wanted to go with a “controlled confetti” look so I used adhesive to adhere the dots inside my pocket. 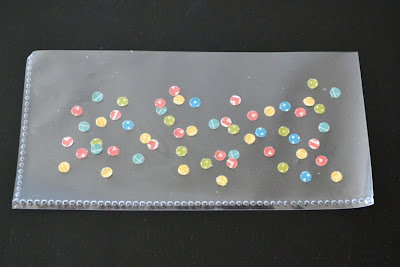 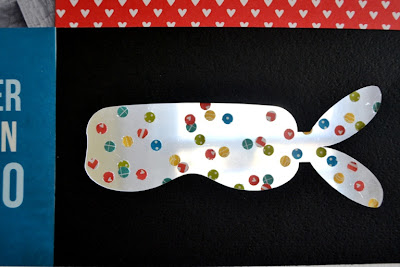 Last, I adhered the die cut eye pieces from the mask to the front of the confetti pocket. Here’s what the finished layout looks like:

How about trying this technique on your next layout or card?

It’s Monday again which means we’ll be mixing and matching some Pebbles products to show you just how well our collections can be used with one another. 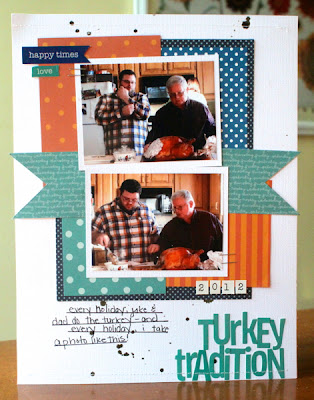 “I probably have 10 years worth of turkey carving photos featuring my dad and my brother, and I think might be the first time I have ever scrapped them!  I love this holiday tradition, and I enjoyed mixing and matching the various papers and stickers from different lines to create this simple, but masculine layout!”  – Emily Spahn, Pebbles Design Team Member 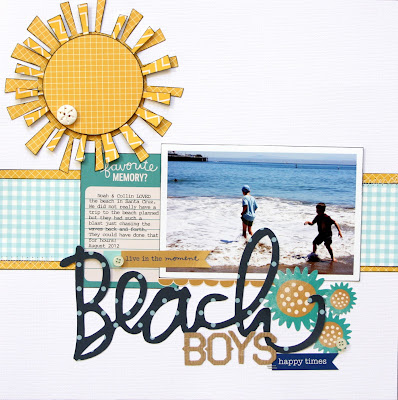 “We went on a little trip to Santa Cruz this past summer.  The boys had a total blast playing on the beach… Chasing the waves back and forth!  I cut the sun on my Silhouette in two sizes and layered them over one another with pop dots.    I loved the color of the kraft Thickers. They just made me think of sand.” – Mandie Pierce, Pebbles Design Team Member

“My boys are so close, they’re best friends.  I love photos of them together, and these pictures show their fun personalities and their great relationship.”  – Tiffany Hood, Pebbles Design Team Member