Happy Monday! Hope everyone had a fantastic weekend! We had a few inches of snow fall here in Utah over night, so I’m feeling a little sluggish this morning (and kind of wishing I was at home with a cup of hot chocolate by the window watching the snow fall!), but hopefully all these gift ideas will get some creative juices flowing!

We have a fantastic lineup on the Pebbles Blog this week! Each day we’ll feature gift ideas that our talented Design Team has put together. Be prepared to be inspired!

Celeste put together this beautiful perpetual calendar using the Lil’ Miss Collection–perfect for keeping track of birthdays and other special yearly events! Be sure and click HERE to download the calendar that Celeste so graciously put together!

Pam made a beautiful altered frame using the So Tweet Collection, Pebbles Ribbon and Chips–the perfect gift for a family! I can see this hanging in the entryway in a home or in an office/work space. 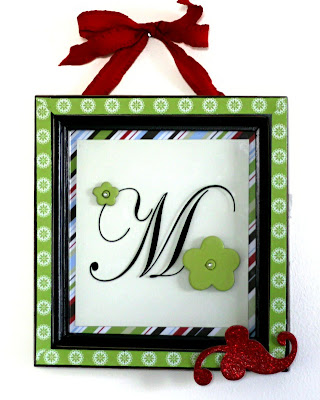 How cute are these cards that Samantha made using the Linnie Bell Collection? I think I might need some of these cards for myself! 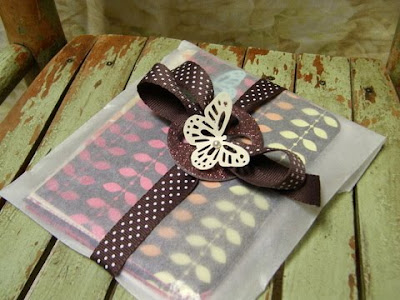 And to round out today’s gift ideas, Christa made these fun and simple coasters using a variety of Pebbles patterned papers and added some sweet quotes to each one. Christa finished them off with some Pebbles Ribbon–cute and simple! 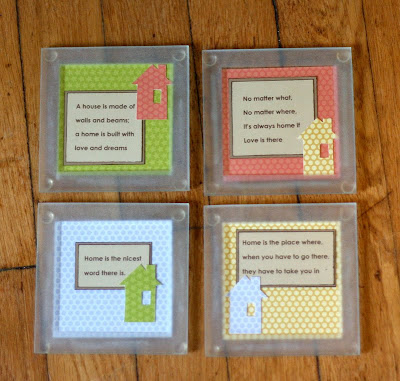 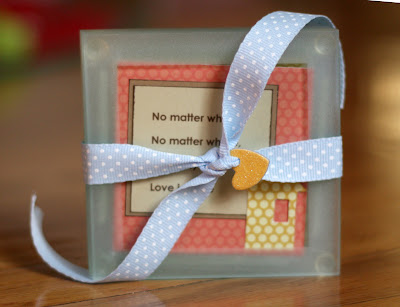 We love seeing all of your fun projects that you have made using Pebbles products! Send your projects to [email protected] and you could be featured on the blog!

Be sure and stop by every day this week to be inspired!

Just before the weekend starts I would love to share some star projects with you. Stars give me such a happy feeling. There are a lot of ways you can incorporate stars in your project.
Let’s take a look at some of the examples the DT created.

Celeste bought a 4 pack of 12×12 corkboard at Staples for $5! She used a hot glue gun and adhered chipboard stars and shapes to tacks.

Then she covered a chipboard star with patterned paper and cut her son’s name out using the Silhouette. A Pebbles ribbon at the top to hang the board adds the perfect final touch.

Liz made this card with the Pebbles Season’s Greetings collection and some Pebbles Holiday rubons. Stars for the ultimate christmas cheer

Mimi created this adorable giftbag and card with chipboard stars.

I used my wishblade to cut stars from patterned paper. Added some chipboard stars and embroided a few stars as finishing touch.

I hope this will inspire you to use some stars in your next layouts.

Like said in previous inspiration posts.. inspiration can be found anywhere.. online; in commercials and ads; in nature; in art; our children…
This works for me too; but what also works is doing laundry.
I have to say there isn’t much fun in doing laundry.. specially when you have a huge huge pile with young children.. but…
seeying the colours and the patterns on their clothes makes me want to drop everything and run to my scraptable… – another great reason for not doing/ or finishing laundry ey?-

I took a few pictures of my kids clothes to show you what I am talking about – and as you can see… ironing isn’t my forte.. gave up on it a long time ago-

This is my son’s PJ.

I love that little guy in the airplane between the clouds. It inspired me to do a layout with him in an airplane.. flying.

Love the way the words are “chopped” of… great title inspiration!

yup .. again a shirt from my daughter – have to admit her clothes “do” more for me then his…
might also be the age difference..

Might try this any day soon.. although probably a lot of work. I still think it looks gorgeous.

Can you just see the handstitched swirl and fun star embellies on your layout?? and maybe a cute bird..

We started with a pj.. soo .. thought we would end with one too.

Love the bright colors but what I love most about this is the “outlined” title..

Hope this will inspire you to look wardrobe in a different way and start scrapping. – And if that doesn’t work.. maybe laundry day will be a lil more fun ;D 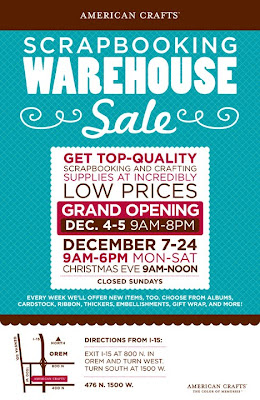 The American Crafts Warehouse Sale begins this Friday, and plenty of Pebbles product will be included! There will be tons of great overstocked, miscellaneous and discounted items — all at reduced prices.

The sale starts Friday and runs through Christmas Eve, Saturdays included. Hope to see you there! 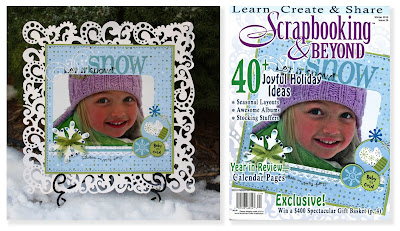 We were so excited to find out that one of our very own designers, Liz Qualman, was featured on the cover of Scrapbooking & Beyond! Her layout, “Let it Snow,” features our Snow Fun Collection…super cute!!

Be sure to pick up the latest copy of Scrapbooking & Beyond to get a sneak peek inside of this super cute Snow Day Album, too! It’s the perfect little album to preserve all of your snowy memories! 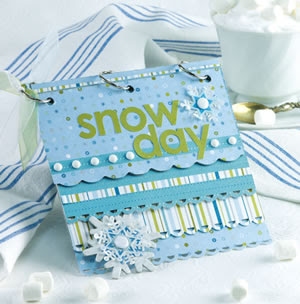 We’d love to see your creations using the Snowy Day Collection! Drop me an email at [email protected] with photos of your projects and you could be featured on the Pebbles Blog!